Tonight, the ship will depart Miami for a four-night voyage to the Western Caribbean, which will include stops in Cozumel, Key West and Norwegian Cruise Line’s private Bahamian island of Great Stirrup Cay.

norwegian sky will continue to sail primarily on three- and four-night Bahamas cruises from PortMiami – which is her year-round homeport – with stops in Nassau, Freeport and Great Stirrup Cay.

In January 2024, norwegian sky is scheduled for her homeport in La Romana, Dominican Republic, and will sail seven-night Southern Caribbean cruises from the port. In May 2024, the ship will return to Miami.

norwegian sky was originally commissioned by Costa Cruises as Costa Olympia in 1993. But the shipyard ran into financial difficulties and construction was suspended when the ship was only about 1/3 complete. Costa Cruises ultimately decided not to buy the unfinished ship, and in 1997 Norwegian Cruise Line bought her instead and redesigned her as what would become Norwegian sky.

In March 1998 the ship was towed to another shipyard and completed. It was delivered to the cruise line in July 1999 and entered service in August of the same year.

The ship’s most recent refurbishment was in 2019, when all bars and restaurants were updated and a number of new venues were added: The Local Bar & Grill, La Cucina, Sugarcane Mojito Bar, Topsiders poolside bar, Bliss Ultra Lounge, Spinnaker Lounge, Starbucks, Pinnacle Lounge and the Sushi Bar. 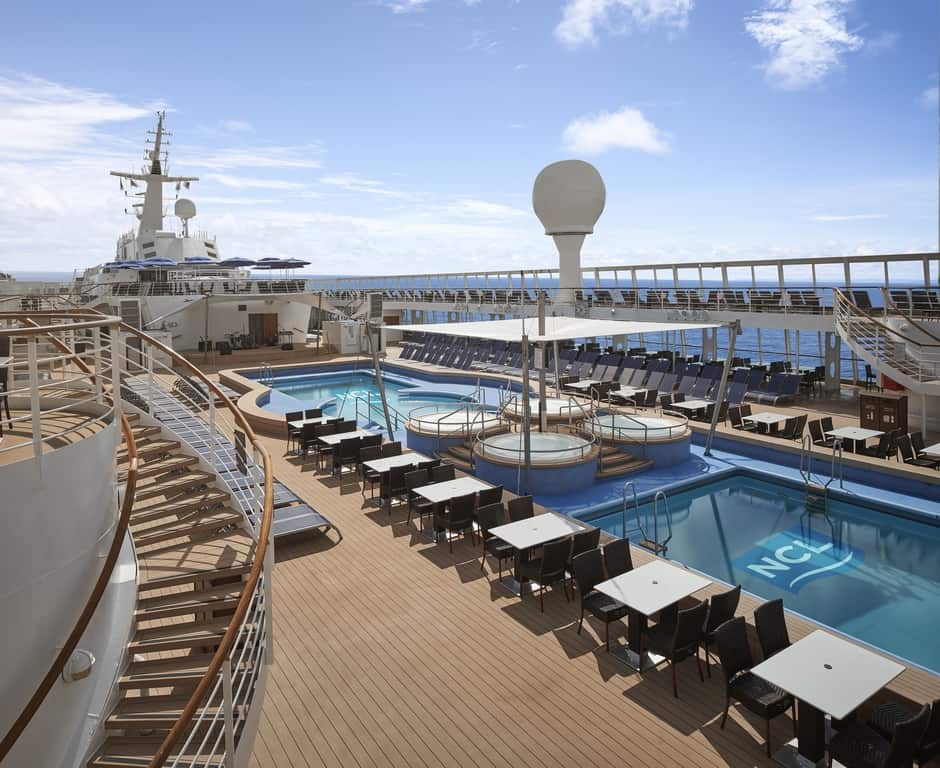 All 1,002 staterooms have been upgraded with new TVs and USB outlets, as well as carpeting, artwork, furniture, lighting and balcony decks.

Updates to the pool deck included new flooring and furniture, a revamped deck, and the installation of more awnings.